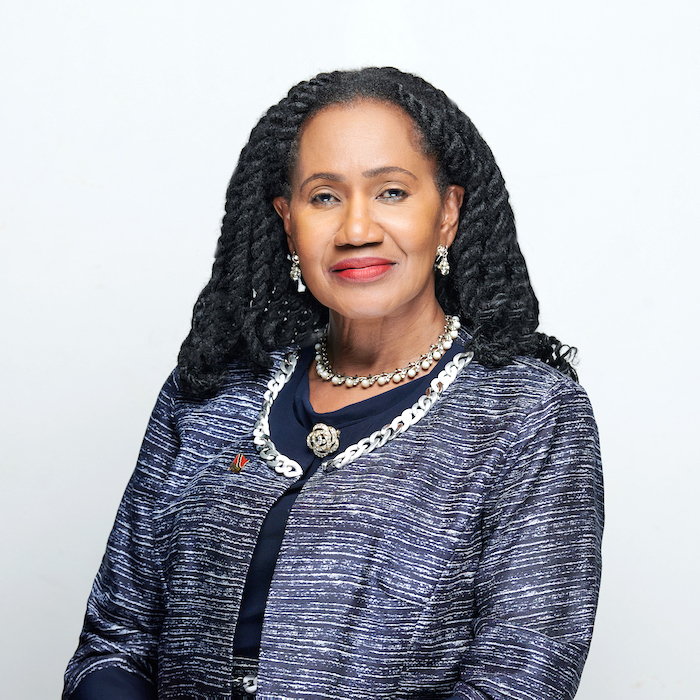 Jennifer Baptiste Primus joined the Peoples National Movement in June, 2010, following the Party’s defeat at the Polls. She was admitted to the Party on the 4th August, 2010, under the then General Secretary, Mr. Martin Joseph.

Mrs. Baptiste Primus created history in the Party when she tabled a Resolution via her Party Group 10, Couva South Constituency for the introduction of the One Man – One Vote System. The Resolution was unanimously accepted at a Special Convention of the Party.  The First Election under the One Man One Vote System in the Party was held in 2014 which saw Dr. Keith Christopher Rowley emerged as the Political Leader.

Senator Baptiste-Primus was subsequently elected for three successive terms since 2011 to 2018 the position of Labour Relations Officer. She chaired the Labour Relations Committee which has been working very diligently and recently developed a Draft Policy on Sexual Harassment in the Party.

Jennifer Baptiste-Primus proudly claims the distinction of being the first and only woman to have held the position of Executive President of the Public Service Association. This privilege was bestowed upon her in November 1997.  Mrs. Baptiste Primus retired from the PSA in November 2009.

When she was appointed Minister of Labour and Small Enterprise Development in September 2015, it was as a result of the PNM’s recognition of the wealth of experience which she was in a position to bring to the table: experience in resolving intricate, delicate and controversial industrial relations and labour related issues, mainly as a result of having served as the longest elected officer of the PSA from 1985 to 2009 culminating in her election to the post of Executive President in November 1997.  This was at a crucial time in the life of the PSA and Ms. Baptiste-Primus had to work 24/7 with her Executive Team to bring the PSA to a place where it was debt-free and institutionally sound.

Whilst there, she was privileged to play a pivotal role in lobbying the Government on a number of issues, notable among them being the retention of Clause 4 in the Sexual Offences Bill which addressed the taboo issue of rape in marriage. She was also responsible for the representation of many Public Officers before the disciplinary tribunals of the Public Service Commission.

Since taking up her assignment as Minister of Labour and Small Enterprise Development, Senator the Hon Jennifer Baptiste-Primus has overseen the development of the multiple initiatives among which were the hosting of 19 Historic Consultations with Stakeholders to upgrade/amend the Labour and Co-operative Legislative Framework; and also the settlement of outstanding payments of over $21M to 500 plus URP workers arising out of illegal termination of their services by the previous regime during the period 2011 and 2012.

Many will recall the strategic role she played, in the year 2017, in averting the Petrotrin Strike which could have created a fair measure of dislocation in the Country.

Unheralded and unsounded have been the numerous industrial relations conflicts that she has quietly been instrumental in resolving to the mutual benefit of all stakeholders minus the glare of public fanfare and self-approbation.